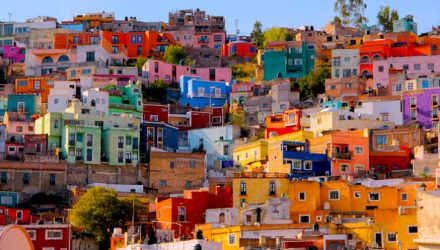 The iShares MSCI Mexico Capped ETF (NYSEArca: EWW), the largest exchange traded fund dedicated to Mexican equities, is up nearly 21% year-to-date. That is an undoubtedly impressive performance when considering many market participants expected Mexican stocks to slide with Donald Trump in the White House.

Mexico’s central bank could move forward with more rate hikes to stem the currency’s slide. Although Mexico’s central bank said the first rate hike earlier this year was not the start of a new tightening cycle, the central bank surprised global investors last month when it boosted borrowing costs by 50 basis points to 4.75%, which is good for the country’s highest interest rate since 2009.

“Although [Mexico’s] GDP grew 2.8% year on year in the first quarter of the year, the breakdown from the demand side shows that domestic expenditure is decelerating. The main driver of growth from the demand side was exports’ growth. Private consumption slowed down and government consumption and investment contracted. Looking at monthly data to get a better picture of aggregate expenditure, retail sales contracted 1.3% month on month, seasonally adjusted, in March, and as the real wage mass growth continues to decelerate, consumption will likely weaken in coming quarters. Investment remains flat overall with construction slowing down, despite a positive surprise in March,” according to a Merril Lynch Mexico note posted by Dimitra DeFotis of Barron’s.