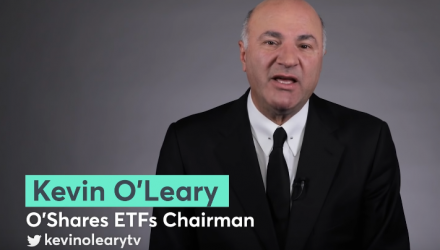 What happens in Vegas stays in Vegas, but the memory of events will stay with you forever as Canadian businessman and “Shark Tank” television personality Kevin O’Leary found out during a trip to Sin City where he made his biggest money mistake.

For the outspoken O’Leary, it all started with a visit to the craps table while staying in Las Vegas to attend the now-defunct computer expo trade show COMDEX. The subsequent rolls of the dice game would result in a lesson he would take with him four decades later.

“I loved to play craps and it was a very important lesson for me,” said O’Leary. “I was in my early 20s. I was playing in Las Vegas because the COMDEX show was always there and I was in the computer business. So there I was, sitting in a casino at two in the morning, rolling at a craps table and I had practically no income.”

Unfortunately, what ensued for O’Leary is all too common when Las Vegas visitors get caught up in the bright lights of the Las Vegas Strip, overflowing libations and for O’Leary in particular, the adrenaline-fueled bouts of gambling against the house–typically a losing situation.

“I blew myself up,” said O’Leary. “I ended up in debt that night tens of thousands of dollars and back then, that was everything. That was the last time I ever gambled.”

Of course, tens of thousands of dollars is a paltry sum for O’Leary now, who purportedly boasts a net worth of $400 million. However, it taught him a valuable lesson in money management.