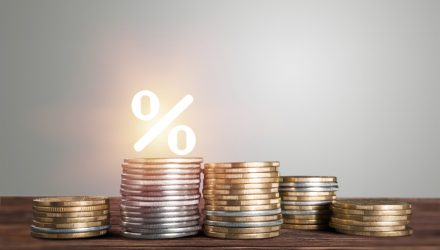 While the Federal Reserve has signaled that it won’t be ending its interest rate hikes anytime soon, exchange traded fund investors should note that the stock markets typically bottom before policymakers end their monetary policy tightening.

Mark Hulbert on MarketWatch pointed out that money can be made by betting on the timing of the Fed’s so-called pivot, or when central bank policymakers end interest rate hikes.

Based on the previous six distinct rate-hike cycles since the Fed began focusing on the Fed funds rate, the S&P 500 reached its low an average of 57 days before the end of the central bank’s rate-hike cycle, according to Hulbert.

Potential investors should keep in mind that it is difficult to precisely time when the Fed will actually begin to “pivot” its monetary policy as there is a wide range of uncertainty and risk.

“When the public becomes more fearful of recession than inflation, the Fed will likely slowly return to the more accommodative policy which it maintained in the decade following the Great Financial Crisis,” JPMorgan chief global strategist, David Kelly, said in a recent note, according to Business Insider.

“This should provide a positive backdrop for both stocks and bonds.”

Given the uncertainty over the timing, investors could take a dollar-cost average approach to raise equity exposure before achieving their target exposure. While you won’t get the maximum return, one shouldn’t rely on accurately predicting a low.