You are at:Home»Investing»Chinese Junk Bond Yields on the Move 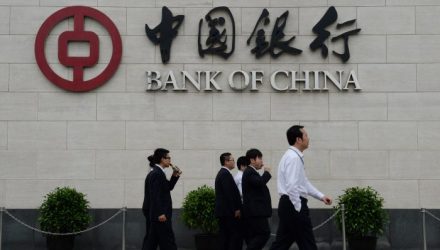 China’s dollar-denominated junk bonds have been on a skyward move since the beginning of 2018 followed recently by 13 consecutive days of declines, but it appears that yields on these below-investment grade debt issues could be on the move up again.

Chinese speculative-grade notes have climbed recently, hitting 9.5% on Aug. 2. While yields were declining since mid-July as a result of the Chinese government undertaking an easing path to give its economy a shot in the arm, Dongxing Securities (HK) Asset Management Co. says this measure could only be temporary.

“Although market sentiment has improved quite a bit for now, no one knows at this point how long the easing policy will sustain,” said Chak Lau, a credit investment manager at Dongxing Securities (HK) Asset Management Co. “It’s difficult to say whether the central bank will stop the music and continue to emphasize the deleveraging campaign again. Therefore, the potential risk of the spread to widen again is still lingering.”

As evidenced by the ICE BofAML index chart, Chinese yields reached a three-year high of 10.6% just two weeks ago. However, this was disrupted by governmental crackdowns on shadow banking and continuing trade wars with the United States.

Meanwhile, in the US, economic growth is continuing at a rampant pace with the capital markets predisposed to the idea that a steady diet of higher rates are forthcoming. Last week, the Federal Reserve decided to stand pat by keeping rates flat after concluding a two-day Federal Open Market Committee monetary policy meeting.

However, the Fed upgraded their economic view to “strong” after the Commerce Department reported that GDP grew at a 4.1 percent rate in the second quarter–its fastest in nearly four years. In addition, the unemployment rate is at a generational low of 4%.

Yields on junk bonds based on the ICE BofAML US High Yield Master II Effective Yield have been on a steady incline since November 2017, which could continue as the prevailing notion is that a rate hike in September is all, but certain.