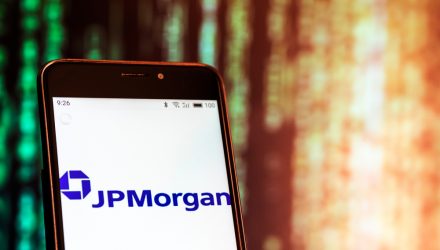 JPMorgan now anticipates net interest income, excluding markets, of $56 billion in 2022, compared to its earlier forecast of a “couple billion” more than $53 billion in 2022 and up from its $50 billion outlook in January, Reuters reports.

“This is a good start,” analyst Susan Roth Katzke of Credit Suisse wrote in a note.

Financial sector investors have been monitoring the outlook for banks to raise their net interest income, or the difference between income generated from loans and interest paid on deposits and other funds, as they capitalize on higher interest rates.

However, the U.S. Federal Reserve’s aggressive monetary policy tightening to combat decades-high inflation has dampened the positive outlook on net interest income, which has fueled fears of a potential dip into an economic recession due to an overzealous central bank.

JPMorgan noted that its NII forecast was based on the Fed hiking short-term rates up to 3% by year-end, along with high single-digit loans growth and a “modest” step up in securities investments.

“Banking businesses are generally pretty good, credit concerns are low, at least for the moment, and the net interest margin remains pretty healthy because short rates haven’t come up all that much yet. So it’s another example of the fact that the market doom and gloom is overstated,” Grisanti told Reuters.