You are at:Home»Video»Jeff Bezos Now Worth $50B More Than Anyone Else 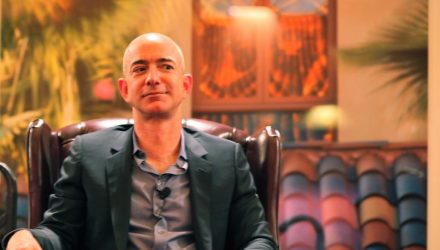 Jeff Bezos Now Worth $50B More Than Anyone Else

Jeff Bezos has had an incredible year. Amazon (AMZN), which Bezos founded at 30 years of age, is ranked the second most valuable company in the world, up nearly 75% over the past 12 months, and is slated to reach a market valuation near $1 trillion by next year.

The good news for Bezos doesn’t end there. The e-commerce mogul has now accrued a net worth over $143.3 billion, making him the wealthiest man in the world by an impressive $50 billion margin, with Microsoft co-founder Bill Gates coming in second at $93.4 billion, and Facebook founder Mark Zuckerberg following at $81.6 billion.

Related: Jeff Bezos Now Worth $144 Billion—How His Success All Started

On Monday, Amazon stock jumped almost 2%, which boosted Bezos’s net worth up by $2.24 billion. Many are highly anticipating Amazon’s fourth annual “Prime Day” on July 16, an online shopping event that the company stated last year, which was its busiest shopping day in its history.