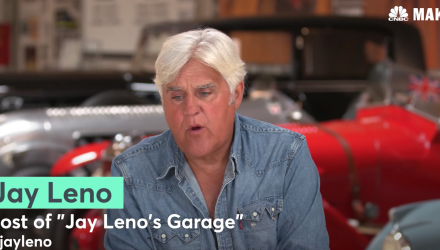 Jay Leno’s Philosophy of Always Having Two Streams of Income

Since comedian Jay Leno first engaged himself within the working world, he has maintained a philosophy of always having two streams of income.

Leno’s first jobs were as a potato-slicer at McDonald’s and a “lot boy” at a Ford dealership, he tells CNBC.

“I would alternate between the two. So, it was cars and hamburgers, which are actually still two of my passions.”

A few years later, when Leno started in the comedy industry, he supplemented his gigs with money made working at a car dealership. Leno, who hosted NBC’s “The Tonight Show” for nearly two decades, has stated that he believes having multiple streams of income is the “quickest way to [becoming]a millionaire.”

Today, Leno, 68, has accrued a net worth of roughly $350 million. The American comedian continues hosting comedy gigs throughout the year, while also starring in CNBC’s “Jay Leno’s Garage.”