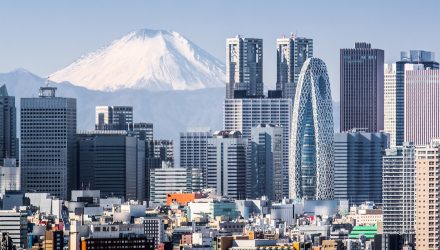 Volatility has been rocking global markets but the traditional safe-haven Japanese yen and currency-related ETF have not acted as a sanctuary for investors this time around.

Stocks, corporate bonds and commodities have all taken a hit this year, which would typically bode well for safe plays like the yen. However, the Invesco CurrencyShares Japanese Yen Trust (NYSEArca: FXY) slipped 0.4% over the past three months and was down 0.4% year-to-date, with the Japanese yen currency trading around JPY111.05 against the U.S. dollar. In comparison, the U.S. Dollar Index, which tracks the greenback’s move against a basket of major international currencies, gained 4.7% this year.

“The dollar-yen’s behavior has been peculiar and atypical” for much of this year, Sameer Goel, head of Asia macro strategy at Deutsche Bank, told the Wall Street Journal.

Furthermore, central banks may have also contributed to the weakness. The Federal Reserve has hiked short-term interest rates, which continued to support the U.S. dollar outlook. Meanwhile, the Bank of Japan has maintained its aggressively loose monetary policy. The divergence between the benchmark rates between the two central banks is now at its widest in over a decade.