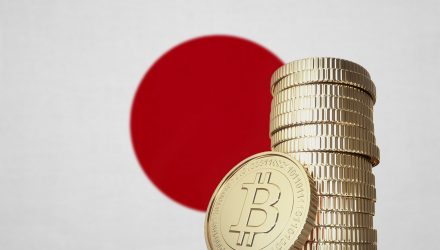 Bitcoin, the largest digital currency, has frequently come under regulatory scrutiny in the U.S. Other major economies are also cracking down, including Japan. During Friday’s Asian trading session, Japan’s Financial Services Agency issued a warning directed at a major bitcoin exchange, sending prices of the cryptocurrency sliding.

“Japan’s Financial Services Agency issued a warning Friday to major cryptocurrency exchange Binance for operating without registration in the country,” reports CNBC. “Hong Kong-based Binance was operating in Japan through the internet without a license for a virtual currency exchange, according to a Google translation of the Japanese-language statement.”

“Japanese authorities recognized bitcoin as legal tender last April and require cryptocurrency exchanges to register with the government. Sixteen exchanges have done so, March 7, the Japanese Financial Services Agency said,” according to CNBC.

Cryptocurrency Regulatory Scrutiny is Nothing New

Regulatory scrutiny of cryptocurrencies is not new. For example, in the U.S., the Securities and Exchange Commission (SEC) has not approved any exchange traded funds related to digital currencies. Additionally, the SEC has taken strong stances about the use of the term “blockchain” in investment products while also moving to warn investors about the potential pitfalls associated with initial coin offerings (ICOs).

“The SEC staff has concerns that many online trading platforms appear to investors as SEC-registered and regulated marketplaces when they are not,” said the SEC in a statement out earlier this month. “Many platforms refer to themselves as ‘exchanges,’ which can give the misimpression to investors that they are regulated or meet the regulatory standards of a national securities exchange. Although some of these platforms claim to use strict standards to pick only high-quality digital assets to trade, the SEC does not review these standards or the digital assets that the platforms select, and the so-called standards should not be equated to the listing standards of national securities exchanges.”