You are at:Home»Equity ETFs»Japan ETFs Are Having a Great Month 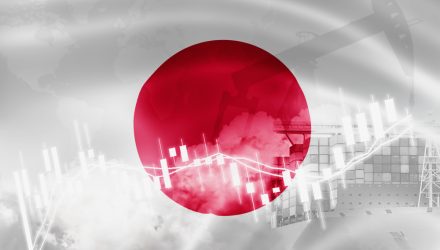 Japan ETFs Are Having a Great Month

The iShares MSCI Japan ETF (NYSEArca: EWJ), the largest Japan-related ETF, increased 8.5% over the past month; EWJ is now up 10.3% year-to-date.

Hopes of new leadership, increasing vaccinations, and lower COVID-19 infections have helped lift the Nikkei share average for the month so far, Reuters reports. The Japanese benchmark index is still ending with a slight weekly rise, marking its fourth consecutive week of gains.

“Shares rose because some investors wanted to boost weightings of Japanese stocks in their portfolio. And there’s demand from those who failed to buy Japanese stocks in a rally earlier this month,” Jun Morita, general manager of the research department at Chibagin Asset Management, told Reuters.

The ongoing rally has also been supported by Prime Minister Yoshihide Suga’s decision not to run for reelection in the Liberal Democratic Party’s leadership contest scheduled for Sept. 29, Nikkei Asia reports. The winner of the LDP vote will become Japan’s new prime minister as the country sees increased demand for better measures to control infection rates and a fiscal package to support the ailing economy.

“Suga’s lack of popularity raised concerns that the ruling coalition will lose its majority in the [Lower House] election” scheduled for after the LDP election, Tomoichiro Kubota, senior market analyst at Matsui Securities, told Nikkei Asia. “The change of prime minister has led to the view that the current regime will continue, reducing political risk.”

Investment bank JPMorgan has also argued that Japan’s change of prime minister could further bolster the yen currency and Nikkei if history is any indication, Reuters reports.

“We increase our overweights (buy recommendations) in EM and Japan this month given their recent underperformance and an anticipated boost in Japan from a political regime change,” according to JPMorgan analysts.

The JPMorgan analysts also maintained an upbeat outlook on the economic recovery as global GDP is expected to return to its pre-crisis trajectory next year.