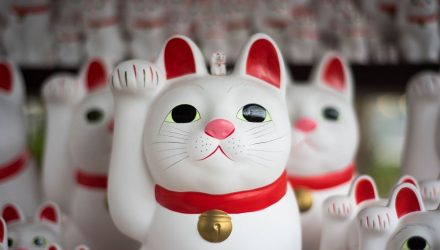 The Bank of Japan’s loose monetary policies along with a wider rising rate differentials between the U.S. and Japan could support a depreciating Japanese yen currency over the short-term, which would bolster the export-heavy Japanese market. Still, the Bank of Japan is committed to keeping the yen weak and stirring inflation in the world’s third-largest economy.

Japanese stocks are among the most attractively valued in the developed world. The $22.4 billion EWJ, which tracks the MSCI Japan Index, holds 321 stocks. Industrial and consumer discretionary stocks combine for almost 42% of the ETF’s weight.