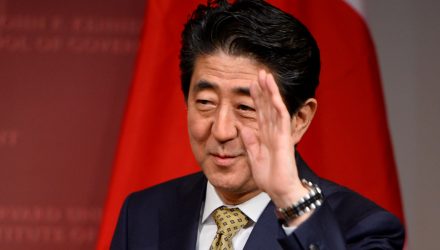 “Many companies in the survey expressed concern that a big election win would encourage Abe to invest his energy in a long-held ambition to revise Japan’s pacifist constitution, at the expense of economic policy,” according to Reuters.

DBJP, home to nearly $1.7 billion in assets under management, “seeks investment results that correspond generally to the performance, before fees and expenses, of the MSCI Japan US Dollar Hedged Index. The index is designed to provide exposure to Japanese equity markets, while at the same time mitigating exposure to fluctuations between the value of the U.S. dollar and Japanese yen,” according to Deutsche Asset Management.

The ETF holds 323 stocks. DBJP allocates about 40% of its combined weight to the industrial and consumer discretionary sectors.