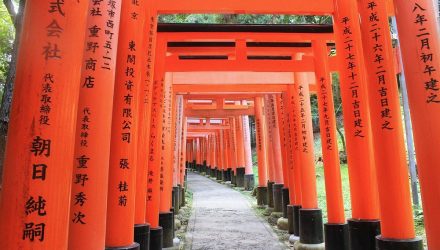 Assets invested in ETFs and ETPs listed in Japan and Canada reached record $235 billion and $107 billion totals respectively at the end of August, according to ETFGI, a leading independent research and consultancy firm.

The increase in Canada assets invested in ETFs and ETPs increased 26.6 percent in the first 8 months of the year while Japan assets increased 35.4% over the same period.

According to Deborah Fuhr, managing partner at ETFGI, August is typically a challenging month for equity markets with the average loss over the past 20 years for the S&P 500 at 1.3%.