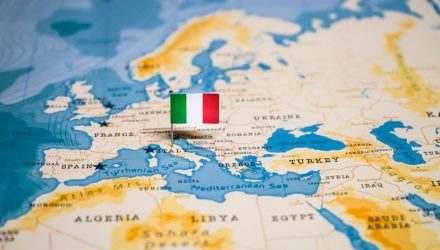 Italian markets retreated on the prospects that Draghi’s government could fall. Three key parties announced they wouldn’t support him in a confidence vote, which could cause the country to fall into months of political unrest just as the Eurozone tries to tackle a potential economic recession, Bloomberg reported. The most likely outcome now is a snap election coming this fall.

This round of political risk occurred shortly after Draghi first announced his intent to resign last week when the Five Star Movement, a key coalition partner, spurned a confidence vote for his coalition government. Consequently, the premier argued that he no longer held the broad support needed to govern, warning that parties should back his reforms and admonishing them for the infighting that hindered progress in the past few months.

Matteo Salvini’s League and Silvio Berlusconi’s Forza Italia were the latest parties to not take part in a confidence vote due late Wednesday after arguing that Draghi should ignore Five Star as a governing partner and turn to a “deeply renewed” cabinet.

Looking ahead, Paolo Gentiloni, the European Union’s economy commissioner, warned that “a perfect storm” could wait ahead for Italy.

Meanwhile, this round of political unrest comes as the European Central Bank considers hiking interest rates for the first time in over a decade to curb inflationary pressures and the European Union faces a potential economic recession.

“Thursday’s ECB meeting will be one of the most important of the past few years and will likely have an impact on all markets,” Francesco Maria Di Bella, a strategist at UniCredit SpA, told Bloomberg. “I think that the reaction to a 50 basis-point hike would be very negative – some gradualism is needed.”