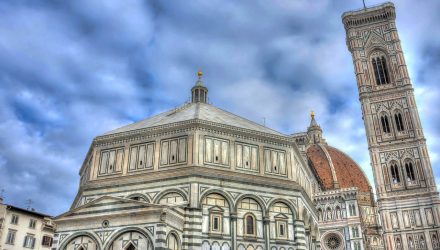 Italy country-specific exchange traded fund popped on a relief rebound and pared some of its losses Friday after the European market plunged in response to a questionable budget and government bond yields pushed toward a four-year high.

The iShares MSCI Italy Capped ETF (NYSEArca: EWI) was among the better performing ETFs of Friday, rising 2.1%, after plummeting 3.2% on Thursday. EWI was still down 15.1% year-to-date.

On Thursday, the European Commission formally notified Italy that its 2019 budget plans were a serious problem and required “clarification” over the “unprecedented” deviation from E.U. rules, AFP News reported.

“Italy is headed for a showdown with Brussels and I am not sure they have much to lose,” Manulife equities head David Hussey told AFP. “Given how damaging Brexit is to the EU project, a loss of Italy would be devastating and to be avoided at all costs — hence I think (that) Italy’s hand is quite strong.”