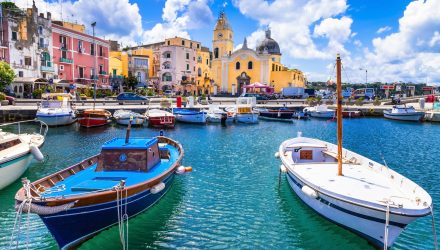 “Fitch forecasts a further increase in the general government deficit, to 2.6% of GDP in 2020, as the political pressure to deliver more of the core Contract measures builds,” said the ratings agency. “We consider the risk of financial market instability will act as the main constraint on the degree of fiscal expansion, on top of which the 3% of GDP deficit threshold under the EU Excessive Deficit Procedure should provide some fiscal anchor, partly given its greater visibility with the public.”

Political volatility also remains an issue in Italy and should be acknowledged by investors considering Italian assets, including EWI.

“The marked ideological and policy differences between the Five Star Movement and Lega are likely to put increasing strains on the cohesion of the coalition, their narrow majority of 12 seats in the Senate could complicate the legislative process, and Lega could consider resurrecting its previous national election agreement on the right with Forza Italia and Brothers of Italy,” according to Italy.