You are at:Home»Investing»Italian Bonds Gain on Leaders’ Assurances to Abide by EU Rules 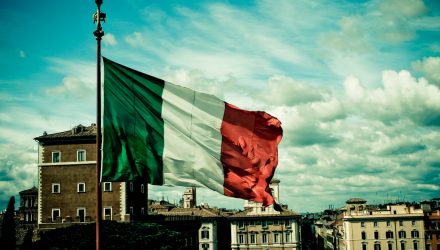 Italian delegates are quickly finding out that saying the right things at the right time can have a positive effect on debt as Italian bonds are on a steady climb amidst the country’s financial unrest. Bond prices move conversely to yields, and the yields on benchmark Italian bonds dropped to a two-week low.

Italian leaders assured the European Union that the country would adhere to the union’s deficit rules, which quelled investor fears stemming from the Italian government’s spending plans. The assurances corroborated with comments made earlier this week by Deputy Prime Minister Matteo Salvini saying that “Clearly we will not do everything in one shot, not even Italians expect that from us … If we want to run the country for a long period we cannot blow up its public accounts.”

Since the beginning of May, yields on the benchmark 10-year Italian bonds have spiked past 3%. Italian bonds have faced mounting pressure the last few months since the anti-establishment coalition of the right-wing League and the 5-Star Movement took over office in June.

Just last year, Italy recorded a government debt equal to more than 130% of the country’s gross domestic product, but has struggled to keep its repayments down.

“There’s follow-through from yesterday on relief that the government is saying it will adhere to EU budget rules,” said Marc Ostwald, global strategist at ADM Investor Services. “Doubtless the rally was given an extra little shove this morning from the story in Il Messaggero that the League proposal for a flat rate of tax is to be postponed.”