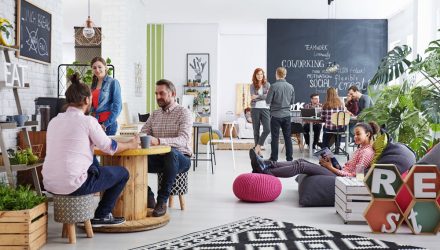 Issues to Consider With Small-Cap ETFs

Some bellwether small-cap ETFs, including the iShares Core S&P Small-Cap ETF (NYSEArca: IJR) and the iShares Russell 2000 ETF (NYSEArca: IWM), have recently been notching some nifty gains. However, some market observers believe there are issues facing smaller stocks that could hinder additional upside.

“U.S. small caps enjoyed a performance boost after the November election on hopes of a corporate tax cut and pro-growth policies,” said BlackRock in a recent note. “But they failed to capture an edge on U.S. large caps until August, when prospects for tax reform regained momentum. U.S. small cap returns have outpaced those of their large-cap counterparts by more than seven percentage points since August 21. But the earnings outlook is less bright. Analysts have been downgrading small companies’ earnings expectations throughout 2017.”

Tax reforms could also support smaller companies pressured by a weaker dollar. Small-cap earnings lagged behind the 10% jump for large-caps. One issue for ETFs such as IJR and IWM is that markets may have already priced in the impact of tax reform on small-caps, leaving these stocks and ETFs vulnerable should the White House’s tax reform efforts fail.