You are at:Home»Investing»iShares Dominates Bond ETF Market According to New Data 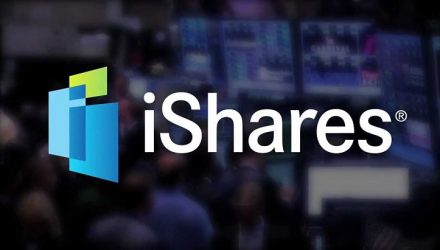 Bond ETFs gathered a record $74 billion of net inflows in the first half of the year, including $26 billion in June alone. While the growing adoption by wealth management and institutional investors is a boon for most asset managers, certain firms are favorably positioned relative to others. Using the new global ETF data and analytics from First Bridge Data, which CFRA acquired in August, we dig into the bond ETF business for leading asset managers. Read more about the transaction https://www.cfraresearch.com/news-details/first-bridge/

iShares, which is owned by Blackrock (BLK), was the largest provider of bond ETFs as of June 2019 with $358 billion in assets. While the asset manager is the US ETF industry heavyweight with $1.6 trillion in assets and a leading 39% market share, iShares is even more dominant in the bond asset class with a 49% share. Indeed, the gap between iShares and Vanguard and SSGA, the next two largest ETF providers is much wider with bonds than overall.

Vanguard’s 25% bond ETF slice is essentially in line with its take of the broader ETF pie (26%), which makes sense since Vanguard’s line up is often used for asset allocation purposes. However, SSGA’s 9.3% share of the bond ETF market is much smaller than its 16% overall market share. The firm’s ETF asset base had historically been driven by equity ETFs such as SPDR S&P 500 and Select Sector SPDRs. However, SSGA has seen strong asset growth in certain bond ETFs including SPDR Portfolio Intermediate Term Corporate Bond (SPIB), which gathered $1.2 billion of new money in the one-year period ended June 2019 to end with $4.8 billion in assets. SPIB charges a 0.07% expense ratio and recently had an average duration of just over four years.

In contrast, there are 13 bond ETFs offered by iShares that had $10 billion or more in assets—SSGA did not have any—and these funds cover a range of investment styles. iShares Core Aggregate Bond (AGG) was the largest at $64 billion in assets and offers investors exposure to the prominent investment-grade Bloomberg Barclays Aggregate Index for just a 0.05% expense ratio. For those who prefer investment-grade corporate bonds to a portfolio that is dominated by government securities, iShares iBoxx $ Investment Grade Corporate Bond (LQD) has $37 billion in assets.

CFRA rates approximately 250 bond ETFs based on a combination of holdings-level analysis and fund attributes. Credit quality, duration and yield are combined with metrics including expense ratio, trading costs and liquidity. The August acquisition of First Bridge’s industry leading ETF data and analytics creates new value for our clients across both the institutional investor and wealth management segments of the market, according to Peter de Boer, CEO of CFRA.