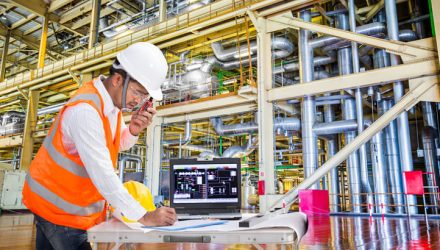 Is Hope Emerging for Energy ETFs?

Investors following the energy sector know the seventh-largest sector weight in the S&P 500 is getting pounded this year. For example, the Energy Select Sector SPDR (NYSEArca: XLE), the largest exchange traded fund dedicated to energy equities, is down nearly 14% year-to-date compared to a 9% gain for the S&P 500.

Exploration and production ETFs are also being taken to task. Just look at the SPDR S&P Oil & Gas Exploration & Production ETF (NYSEArca: XOP), which is lower by 21% year-to-date.

However, some market observers believe the downtrodden sector could finally be close to putting in a bottom.

Morgan Stanley energy analyst Evan Calio “expects oil prices to rise to the mid-to-high $50s over the summer and into the fall, supported by drawdowns of crude inventories and the effect of output reductions announced by the Organization of Petroleum Exporting Countries. A rally in energy stocks could be under way, after their 2% gain on Friday,” reports Andrew Bary for Barron’s.