You are at:Home»Investing»The Irony Bubble Bursts 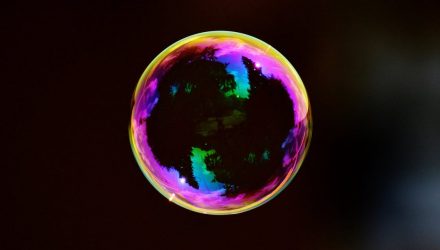 Alan Greenspan says there are “Bubbles in Stocks and Bonds”.

“There are two bubbles: We have a stock market bubble, and we have a bond market bubble,” the former Federal Reserve chairman told Bloomberg TV on Wednesday.

The trouble in the bond market “will eventually be the critical issue,” Greenspan said, adding that “for the short term it’s not too bad.”

How Would He Know?

The above is a book image clip that came up when I did a search for “greenspan you can only detect bubbles after they burst”.

In August 2002 Greenspan gave a speech at the Fed’s conference in Jackson Hole. In this speech, which Jim Grant called “self-exculpating revisionism,” Greenspan offered this rationale for the Fed’s actions during the late 1990s:

The struggle to understand developments in the economy and financial markets since the mid-1990s has been particularly challenging for monetary policymakers. … We at the Federal Reserve considered a number of issues related to asset bubbles — that is, surges in prices of assets to unsustainable levels. As events evolved, we recognized that, despite our suspicions, it was very difficult to definitively identify a bubble until after the fact — that is, when it’s bursting confirmed its existence.

Less than two years later, in January 2004, Greenspan would congratulate himself on the apparent success of the Fed’s strategy. In doing so he would expose the Fed’s role in creating the far more ruinous housing bubble.

There appears to be enough evidence, at least tentatively, to conclude that our strategy of addressing the bubble’s consequences rather than the bubble itself has been successful. … As I discuss later, much of the ability of the U.S. economy to absorb these sequences of shocks resulted from notably improved structural flexibility. But highly aggressive monetary ease was doubtless also a significant contributor to stability.