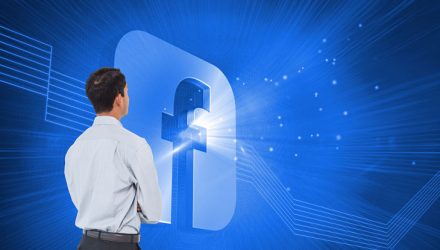 Technology, the largest sector weight in the S&P 500, is once again luring investors. Some well-known exchange traded funds with significant technology exposure, including the PowerShares QQQ (NasdaqGM: QQQ), which tracks the tech heavy Nasdaq-100 Index, are seeing renewed enthusiasm from investors.

Though QQQ is not a dedicated technology ETF, the fund is heavy on technology darlings, such as Apple Inc. (NASDAQ: AAPL) and Facebook Inc. (NASDAQ: FB). On Tuesday alone, QQQ saw inflows of nearly $1.5 billion.

“That’s the fourth-largest inflow into the industry’s benchmark exchange-traded fund in the past five years, and the second-biggest commitment among U.S.-listed ETFs in yesterday’s trading session,” reports Sid Verma for Bloomberg.

“Valuation fears and fragile market sentiment had spurred a $619 million withdrawal from the $50 billion ETF on Monday, but Tuesday saw a rebound in global risk appetite as U.S. tensions with North Korea eased. The PowerShares QQQ Trust ETF, which has returned a whopping 22.5 percent so far this year, has closed above its 50-day moving average for the past three sessions,” according to Bloomberg.

Technology has been the best performer year-to-date, which has fueled concerns over valuations. The sector, though, remains well-positioned. For example, earnings growth, rebound in operating margin and increased capital spending have reinforced the sector outlook. According to Fidelity Investments, the technology sector exhibits three positive indicators in the second quarter, including a positive outlook in the current business cycle, improving fundamentals and attractive relative strength.