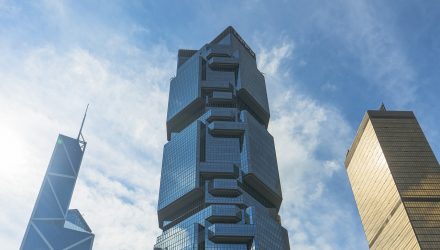 Emerging markets equities still trade at a discounts relative to U.S. benchmarks, but the utility of the quality factor in the developing world cannot be understated. Historically, when emerging markets stocks decline, it is lower quality names driving those declines.

“The iShares MSCI Emerging Markets ETF, known by its ticker EEM, had an outflow of $553 million on Tuesday, the most for a single day in well over a year, according to Bloomberg data,” reports Bloomberg. “On Wednesday, investors pulled another $316 million from the fund, which is operated by BlackRock Inc. and is the most heavily traded emerging markets ETF.”

The recently resurgent U.S. dollar could be one reason why investors are retreating from emerging markets equities. A stronger dollar raises external financing costs for developing economies and usually leads to lower commodities prices, a relevant point because many developing commodities are major commodities exporters.

Market watchers continue to see the the Fed and President Trump policy moves as key drivers in the direction of emerging market assets. The Fed would affect monetary policy changes that could strengthen the U.S. dollar or weaken the appeal of emerging market currencies. Furthermore, Trump has voiced protectionist rhetoric that could affect the way the U.S. does business with its global peers.

“Treasury volatility and a dollar rally have hurt emerging-market assets over the past two weeks, leading stocks and local-currency bonds to erase this year’s gain and sending the spread on external notes to the highest in 14 months,” according to Bloomberg.