You are at:Home»Featured»Investors Preferred Passive ETFs Over Active Strategies in Volatile 2020 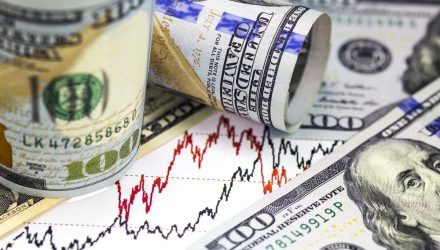 As the markets oscillated in volatile trading this year, investors looked to passive or index-based exchange traded funds, forgoing the acumen of stock pickers in active strategies.

“Passive funds are on a tear — again. The widely held belief that the active houses will outshine them in a period of market turmoil has yet to be supported by the data,” Amin Rajan, chief executive of CreateResearch, an asset management consultancy, told the Financial Times.

Specifically, big money managers like Invesco, Franklin Templeton, Pimco, T Rowe Price, and Capital Group all suffered net redemptions of between $17.9 billion and $32.2 billion in their fund products over the first six months of 2020, according to Morningstar the data.

On the other hand, BlackRock attracted almost $74 billion in net inflows across its open-end funds, with its iShares ETFs accounting for the lion’s share of sales. Meanwhile, Vanguard enjoyed net inflows of $67.7 billion while State Street Global Advisors saw inflows of over $20 billion.

“The figures show a clear shift to passive managers, with iShares, Vanguard and State Street all benefiting from large inflows as more investors shift away from active fund managers,” Ryan Hughes, head of active portfolios at AJ Bell, told the Financial Times.

“Fixed-income funds and [asset managers]have had a wild ride in 2020,” Thomas told the Financial Times, pointing out that at Vanguard, there was a “tug of war between equity and fixed-income flows in the first half of 2020”.

“While both asset classes saw net inflows in the six-month period, Vanguard’s equity strategies had $43bn of outflows in the second quarter, while the fixed-income suite had $76bn of inflows,” Thomas added.