You are at:Home»Equity ETFs»Investors Get Skittish With Popular Tech ETF 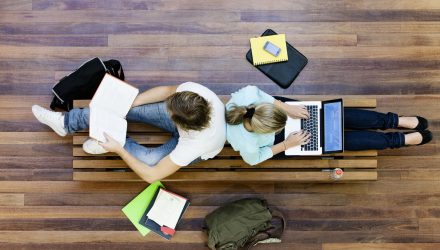 “Trading volume for the tech ETF, which tracks the Nasdaq 100 Index, jumped to more than 500 million shares over the five tumultuous trading sessions, the most since August 2011,” according to Bloomberg.

Catalyst remain for the high-flying tech sector. For example, earnings growth, rebound in operating margin and increased capital spending have reinforced the sector outlook. According to Fidelity Investments, the technology sector exhibits three positive indicators in the second quarter, including a positive outlook in the current business cycle, improving fundamentals and attractive relative strength.

Additionally, some analysts opine that the benchmark’s significant technology overweight leaves it vulnerable should tech stocks fall out of favor. Due to tech’s ascent this year, QQQ’s exposure to the sector has increased while its consumer discretionary weight has been mostly steady.