You are at:Home»Equity ETFs»Investors Flock to This Vanguard Sector ETF 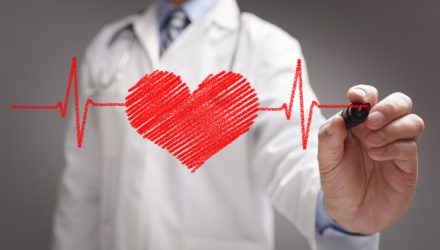 The healthcare sector is one of this year’s best-performing sectors and the group’s recent strength is luring some investors to the related exchange traded funds. That includes the Vanguard Health Care ETF (NYSEArca: VHT), one of the largest healthcare ETFs.

“The $8.2 billion Vanguard Health Care ETF, known by its ticker VHT, had 1.6 million shares worth $272 million trade Monday, record one-day turnover for the fund. It also hasn’t seen a day of outflows in August, with $145 million of net inflows putting the ETF on track for its best month since June 2017,” reports Bloomberg.

Up nearly 5% this month, VHT currently resides near record highs and is higher by almost 13% year-to-date.

VHT is home to 377 stocks with a median market value of $67.4 billion. The fund devotes almost half of its combined weight to pharmaceuticals and biotechnology stocks.

“U.S. drugmakers are hot, with Pfizer Inc., Eli Lilly & Co. and Merck & Co. soaring to 16-year highs after reporting stronger than expected second-quarter results and the S&P 500 Index pharmaceuticals industry group hitting an all-time high Monday. Together, Pfizer and Merck make up more than 10 percent of the fund’s exposure. Its largest holding is industry bellwether Johnson & Johnson, which is heading for its best four-day run since early 2016,” according to Bloomberg.