You are at:Home»Fixed-Income»Investors Flee A Long-Dated Bond ETF 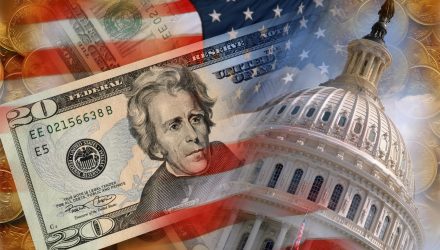 Amid concerns that the Federal Reserve will raise interest rates at its December meeting, long-dated bond ETFs, such as the iShares 20+ Year Treasury Bond ETF (NASDAQ: TLT), could under face pressure.

TLT has been a popular Treasury bond play for yield generation over the past few years after the Federal Reserve implemented near-zero interest rates and a robust bond purchasing program. However, TLT comes with a 17.6-year duration – a 1% increase in interest rates would translate to about a 17.6% decline in the fund’s price. The fund currently has a 30-day SEC yield of almost 2.7%.

“Money managers pulled $1.2 billion from the iShares 20+ year Treasury Bond ETF last week, the most on record, and the second-largest withdrawal among U.S.-listed exchange-traded funds across asset classes,” reports Sid Verma for Bloomberg.

Government debt have traditionally provided a buffer against market turns as bond prices would often go up when stock prices fall off and vice versa, offering a negative correlation on average. While the prospects of higher interest rates out of the Federal Reserve have dampened demand for government debt securities, rates have actually reversed this year from their post-U.S. election highs.

“The diminished appetite reduced the assets in the benchmark fund to $7.3 billion, and contrasts the bullish stance toward interest-rate risk by active managers seen in recent weeks. The Treasury yield curve continues to flatten amid muted inflation expectations, while demand for new long-maturity sovereign and corporate paper remains red-hot,” according to Bloomberg.