You are at:Home»Featured»Investors Are Putting the Brakes on ETF Investments 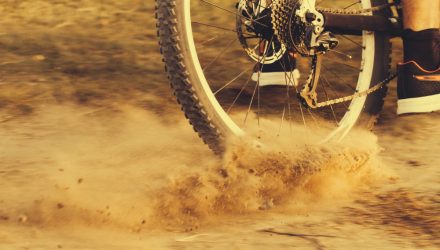 Investors Are Putting the Brakes on ETF Investments

Investors are beginning to stick to the sidelines as investments in exchange traded funds slip to their lowest level since the Covid-19 pandemic first struck.

According to BlackRock data, global ETF net inflows dipped to $27.4 billion in April, compared to $117.4 billion in March, marking the lowest monthly figure since March 2020, the Financial Times reports.

Equity-related ETF flows slowed almost to a halt with just $2.8 billion in net inflows over April, compared to $76.2 billion in March. The slowdown in stock ETF flows paralleled the spike in volatility across global equities, with the FTSE All-World index declining 8.1% in April, bringing the benchmark’s year-to-date losses to 13.2% amid the growing concerns over stagflation, or the slowing economic growth coupled with elevated inflationary pressures.

Nevertheless, he argued that while there was an element of de-risking, “I wouldn’t say it’s a dash for cash by any stretch of the imagination”.

In the U.S., ETF investors yanked a net $25.6 billion out of equity-related ETFs focused on Wall Street. On the other hand, there were far smaller outflows across European equities, and there were even net flows into broad developed market offerings, emerging markets, and Japan.

Among the most hated ETF plays of April, the SPDR S&P 500 ETF (SPY), the iShares Core S&P 500 ETF (IVV), and the Vanguard S&P 500 (VOO) all suffered between $10 billion and $12 billion in outflows, which marked a complete reversal after all three were among the top five for inflows in March. The $10.2 billion in outflows from VOO was also the largest monthly outflow from any Vanguard ETF on record, according to Morningstar data.

Chedid believed that these outflows were largely attributed to technical factors, with futures contracts trading at a discount to broad market indices, “so some institutional clients have switched in the past month from US equity ETFs to futures”.

“Flows of this size are typically tied to the derivatives markets,” Chedid added. “It’s important to keep in mind, however, that these outflows don’t represent investor selling or a shift in sentiment — just a shift in the way they get exposure to the underlying index.”