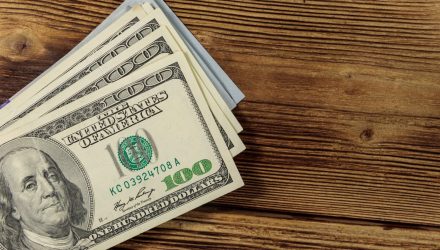 In a rising interest rate environment, fixed-income assets typically fall out of favor. However, after the recent sell-off, corporate bonds and related exchange traded funds have attracted more attention, with large chunk of the market trading at a discount to face value.

The decline in face value of bonds, something not witnessed since the financial crisis a decade ago, has created a pricing dynamic that attracted bargain hunters, the Wall Street Journal reports.

In October and the first half of November, about 70% of U.S. investment-grade corporate bonds traded at or below face value, which is rather unusual given we are not in a recession.

When bond issues are trading below face value, there is more upside potential if the debt is redeemed early by the issuer or sold to another investor at a higher price. Bonds that can be redeemed have also grown more enticing as interest rates rise and prices continued to fall.

Regardless of this pricing disparity, some money managers also view the recent bond selloff as over done. Jeremy Cave, managing director of global fixed income and liquidity at Goldman Sachs Asset Management, argued that company balance sheets are generally strong and the American economy will unlikely slip into a recession until 2020 at the earliest.

Furthermore, bond investors are looking back into high yield, investing a net $278 million into SPDR Bloomberg Barclays High Yield Bond ETF (NYSEArca: JNK) and $217 million into iShares iBoxx $ High Yield Corp Bd ETF (NYSEArca: HYG) over the past week. The positive inflows over the past week stand in stark contrast to the billions investors have pulled out of the speculative-grade debt category this year, which may reflect traders’ shifting sentiment on value in a potentially oversold segment.