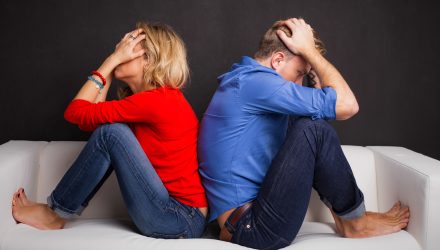 Investors Are Falling Out With Tech ETFs

Some of the most popular technology-related exchange traded funds are having a rough week as the recent pullback was matched by heavy outflows.

The PowerShares QQQ (NasdaqGM: QQQ), which tracks the tech-heavy Nasdaq-100 Index, experienced $850 million in net outflows over the past week while the Technology Select Sector SPDR Fund (NYSEArca: XLK), which follows tech companies from the S&P 500, saw $720 million in outflows, according to XTF data.

Both tech-related ETFs are among the largest and most actively traded U.S.-listed ETFs on the market. QQQ, which is seen as a technology proxy due to its exposure to the Nasdaq-100, includes a hefty 60.1% tilt toward the tech segment. Meanwhile, XLK focuses exclusively on information technology names, such as Apple (NasdaqGS: AAPL) 15.1% and Microsoft (NasdaqGS: MSFT) 10.8%, among others.

In contrast, the broader S&P 500 Index has continued to be a popular play, with SPDR S&P 500 ETF (NYSEArca: SPY) hauling in $4.9 billion in net inflows over the same period, which shows that U.S. equities remain a popular destination, just not technology names.

Fueling the sudden shift in the tech outlook, investors have been moving away from technology as they cash out on the recent run up in growth names, reports Adam Samson for the Financial Times. The S&P 500 Information Technology Index surged 35% this year but fell off 1.7% over the past month, compared to the 2% rise in the S&P 500.