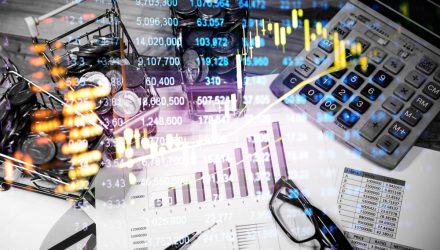 Investors Are Cutting Back on Bond ETF Exposure

Bond funds continued to bleed assets for the 13th straight week ended April 6 as the Federal Reserve positions to drastically reduce its balance sheets and hike interest rates in a bid to curb inflation that has surged to a four-decade high.

According to Refinitiv Lipper data, U.S. investors sold off $2.24 billion in bond funds, compared with net withdrawals of $3.86 billion for the previous week, Reuters reports.

Minutes from the Federal Reserve’s latest meeting revealed this week that officials “generally agreed” in mid-March to reduce up to $95 billion per month from the central bank’s asset holdings as another way to quickly clamp down on surging inflation.

Meanwhile, the benchmark U.S. Treasury 10-year yield hit a three-year high, and the 2 to 10-year spread widened on Thursday. Bond prices and yields have an inverse relationship.

On the other hand, loan participation funds enjoyed $2.22 billion in net inflows, and high yield funds drew in $1.1 billion for a second straight week of inflows.

Meanwhile, investors also trimmed U.S. equity fund exposure for a second straight week to the tune of $931 million, albeit at a 38% lower outflow rate compared to the prior week.