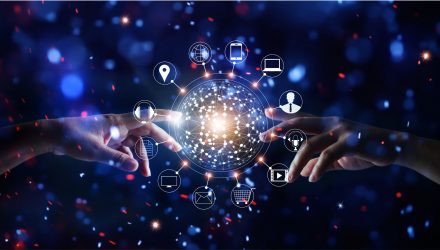 Why Investors Are Reducing Tech Exposure

The Technology Select Sector SPDR Fund (NYSEArca: XLK), the largest tech-related ETF, is up more than 5% over the past week and technology remains one of the best-performing sectors this year, but data suggest some investors are departing the sector.

Broadly speaking, US-listed technology ETFs have not lost money on a quarterly basis since the second quarter of 2016 and four of the previous six quarters have seen massive amounts of capital flow into tech ETFs. To start the current quarter, outflows, though modest, are what tech ETFs are contending with.

“While survey participants still saw the tech stocks as popular, allocations to tech actually fell to their lowest since February 2013 on fears companies such as Facebook could face tighter regulation and higher barriers to trade,” according to Reuters.

Still, the PowerShares QQQ (NasdaqGM: QQQ), which tracks the tech-heavy Nasdaq-100 Index, added nearly $1.1 billion in new assets last week. However, QQQ has lost nearly $320 million in assets since the start of the second quarter, the tenth-worst outflows among US-listed ETFs on a quarterly basis. Investors have pulled nearly $104 million from XLK this quarter.