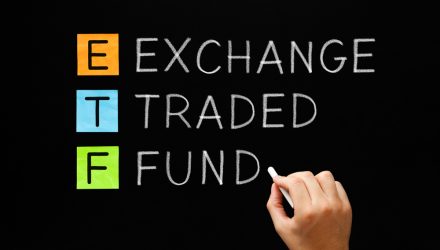 According to ETFGI data, net inflows into global ETFs jumped to $488.2 billion over the first nine months of 2020, or a 40% increase over the same period in 2019, the Financial Times reports.

“The pressures on active fund managers to find ways to respond to the rise of ETFs have become irresistible. The growth of ETFs is a global tectonic shift that has gathered pace since the 2007/08 financial crisis.” Deborah Fuhr, founder of ETFGI, told the Financial Times.

In response to the rapid rise of the ETF industry, traditional money management firms are beginning to consolidate in a bid to remain competitive. For example, Morgan Stanley agreed to pay up $7 billion to acquire Eaton Vance, and Franklin Templeton paid $6.5 billion to buy out Legg Mason earlier this year.

So far this year, Vanguard continues to main its lead over rival ETF providers as the race to attract investors’ money enters the final quarter of 2020. Vanguard Group enjoyed net ETF inflows of $134.3 billion so far in 2020, or up 73% over the same period last year and already surpassing the $119.3 billion it accumulated over all of 2019.

However, some took Vanguard’s record numbers with a grain of salt, arguing that the Vanguard’s ETF flows have been inflated since clients can switch from the Admiral share class of its mutual funds into the lower cost ETF without any extra charges.

“Not all of Vanguard’s ETF inflows are real,” a rival provider that declined to be named told the Financial Times.

Vanguard did not disclose the value of assets that clients have converted into ETFs, adding that “it is a small percentage of the year to date ETF inflows.”

Meanwhile, BlackRock, the world’s largest asset manager, attracted $106.3 billion into its iShares ETF line so far this year, or marginally ahead of the $105.2 billion for the same period last year.

State Street Global Advisors, the third largest ETF provider globally, brought in $21 billion so far this year, or more than double the $8.1 billion gathered in the first three quarters of 2019. State Street’s success may be partially attributed to its gold ETF, which attracted record demand from investors for physically-backed bullion ETFs this year.