You are at:Home»Alternative ETFs»Investment Banks Slow to Move on Cryptocurrency Ventures 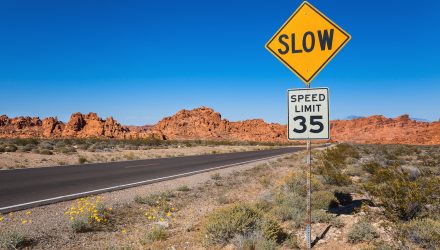 Goldman Sachs, Morgan Stanley, Citigroup, and Barclays are names that have been associated with speculation that investment banks are starting to take the cryptocurrency space more seriously. However, the ballyhooed involvement of these multinational firms gave digital currencies like Bitcoin a temporary boost, but nothing tangible has yet to emerge from their purported ventures.

Whatever the reason, whether it’s the continuous slide from Bitcoin’s rise to prominence a year ago when it hit $20,000 or their Wall Street peers scoffing at the notion of acknowledging digital currencies as an asset class, investment banks have been slow to move forward with their respective forays into cryptocurrencies. Digital currency speculators may have fallen for a classic case of Robert Shiller-made, Alan Greenspan-popluarized irrational exuberance.

“The market had unrealistic expectations that Goldman or any of its peers could suddenly start a Bitcoin trading business,” said Daniel H. Gallancy, chief executive officer of New York-based SolidX Partners. “That was top-of-the-market-hype thinking.”

All Talk and No Walk?

Goldman Sachs was purportedly in the works of setting up a trading desk that would focus on cryptocurrencies, but that has yet to come into fruition. Morgan Stanley was supposedly working on offering swaps tracking Bitcoin futures, but has yet to trade a contract–the same can be said for Citigroup who had similar plans.

Meanwhile, in the UK, Barclays Plc was reportedly investigating the possibility of a cryptocurrency trading desk, going as far as hiring former oil traders to explore the idea further. However, nothing tangible has developed as of yet.

Despite the lack of movement, with Bitcoin recently falling under $4,000, some think institutional firms are done with the wait-and-see approach.

“The more important story is all the infrastructure that’s being built now to enable institutional trading,” according to Ben Sebley, who is the head of brokerage at crypto boutique NKB Group.

All is Not Lost for Crypto

Encouraging signs include Fidelity getting into the digital currencies game as the 72-year-old investment firm with more than $7.2 trillion in client assets announced in October that it’s launching Fidelity Digital Asset Services, LLC, which will offer enterprise-quality custody and trade execution services for cryptocurrencies to sophisticated institutional investors such as hedge funds, family offices and market intermediaries. While the new company won’t cater to retail investors, it’s still a big step forward for digital currencies as Bitcoin and other cryptocurrencies are struggling to gain wider public adoption.