You are at:Home»Featured»Investing in Space: Satellites Show the Big Picture 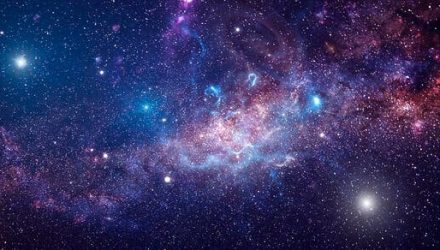 In early 2022, fear of higher interest rates contributed to a tech sell-off, and many investors exited riskier emerging technology companies, start-ups, and other high volatility investments within the space sector. But recent geopolitical conditions relating to Ukraine have revitalized interest in a different segment of the space sector—satellite and aerospace companies that provide “earth intelligence” and military defense. Today’s note focuses on some of the defense-oriented constituents in the S-Network Space Index (SPACE).

The breadth of the index gives it exposure to both satellite companies and defense companies.

Among the most memorable images this year was an aerial view of Russian military vehicles moving into Ukraine. Additional high-resolution images show the damage and destruction in Ukrainian cities. These images were taken by commercial satellites—with the most widely circulated images coming from Maxar Technologies (MAXR). MAXR is currently the index’s largest constituent with a weight of 6.3% as of March 4, 2022. MAXR is a satellite company that provides earth intelligence (i.e., data and aerial images) to its partners. It has completed several successful contract renewals over the past 20+ years with its largest customer—the U.S. government—which helps provide the company with a stable revenue stream.(1) Another constituent Viasat (VSAT), which holds a 5.4% weight in the SPACE index, provides broadband service to geographies including Ukraine. This company has made headlines recently by bringing attention to possible Russian cyberattacks on its satellites. Like MAXR, VSAT has been able to aid the U.S. and Ukrainian governments during the current conflict.

The SPACE index also has a 20% exposure to “diversified” companies where space business is significant, but space revenues are less than 50% of the companies’ total annual revenue. Many of these companies are aerospace and defense companies like Lockheed Martin (LMT) and Northrop Grumman (NOC), which have 3.7% and 3.5% weights within the index, respectively. These companies benefit directly from investments in weapons and national defense—in the near-term as resources are sent to Ukraine and also in the long-term as governments across the globe re-evaluate their defense budgets. Germany and Denmark are among the countries that are in the process of boosting defense budgets. The United States could likely increase their defense budget and is also evaluating a $13.6 billion provision to aid Ukraine as part of an omnibus spending package—half of which will likely go toward defense.(2)

Long-term implications for the space sector are still supported by digital trends.

Although recent geopolitical events in Ukraine may seem like a short-term catalyst for the industry, the situation has brought more investor awareness to the space industry and has supported the longer-term digital trends underlying this sector. Satellite images are essential for providing real-time data for military and government use but also paint a picture for the broader public. In an increasingly digital world focused on social media and internet, digital images can deliver a message much stronger than words can. Going forward, satellites may play a larger role in conveying political, geographical, and environmental situations. More trends supporting the growth of satellites and the overall space industry can be found here.

The recent conflict in Ukraine has brought renewed attention to the space industry and its importance to national defense. Unlike 2021, which showcased the attractiveness of higher risk, emerging tech companies, recent geopolitical events have highlighted satellite and aerospace companies and their role in “earth intelligence” and military defense.

The S-Network Space Index (SPACE) is the underlying index for the Procure Space ETF (UFO). 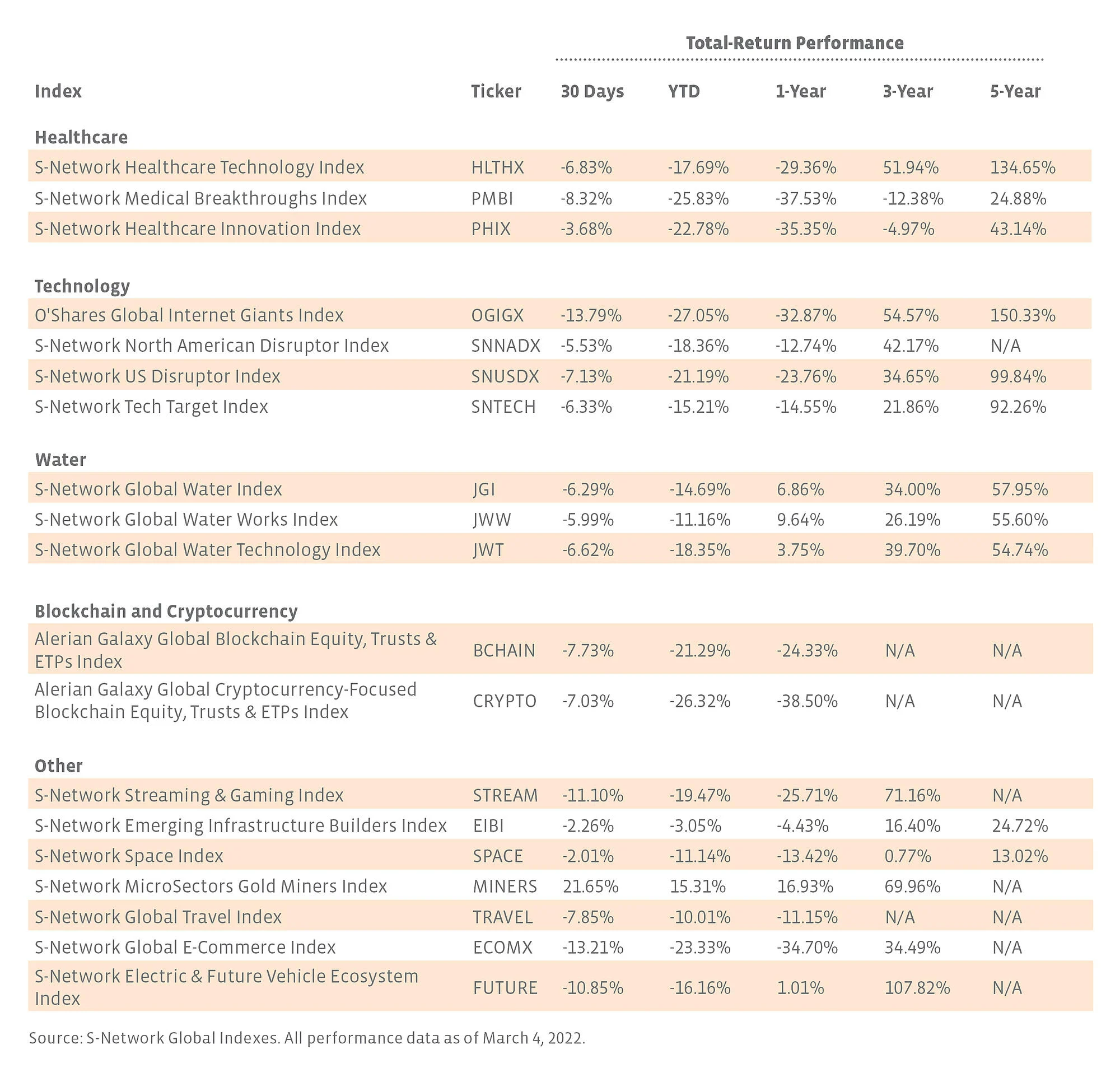