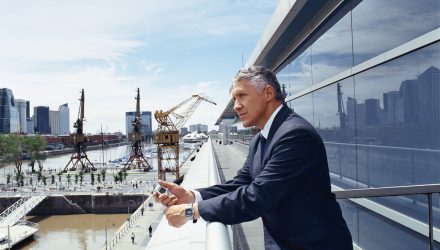 The allure of late-cycle sectors, including industrials, in a rising rate environment remains in place. Industrials perform well when interest rates rise because rising rates can go hand-in-hand with economic growth. Increased infrastructure spending is also seen as a catalyst for industrial stocks and ETFs.

“In general, the global economic indicators that we track continue to suggest growth and stability in 2018, which should be favorable for the industrials sector,” reports ETF Daily News. “Increases in growth and output, coupled with corporate tax reforms, will likely increase demand and spending. Additional government spending on defense and infrastructure will also be a potential positive driver of performance in the industrial sector.”