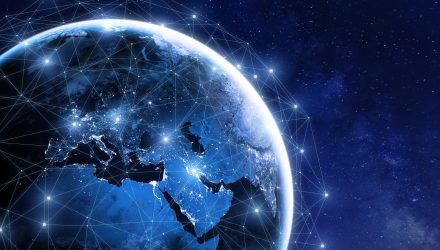 Investigating an International ETF After a Rough June

The iShares MSCI EAFE ETF (NYSEARCA: EFA), which tracks the MSCI EAFE Index and is the largest international equity ETF in the U.S., is coming off a rough June that saw the ETF make some ominous technical moves. According to iShares, EFA “seeks to track the investment results of an index composed of large- and mid-capitalization developed market equities, excluding the U.S. and Canada.”

“EFA peaked early this year, notching its high close of $75.25 back on Jan. 26 (just prior to the volatility “melt-up” that roiled markets). Following a rapid-fire series of bear gaps, the $72 level emerged as resistance in early February, and went on to cap EFA’s rally attempts later that month and throughout May,” reports Schaeffer’s Investment Research.

“It was a fresh round of trade-war threats on June 19 that really hammered EFA lower. The fund gapped below its 320-day moving average at the open, and ultimately lost 2.8% that day. By last Monday, EFA was exploring fresh year-to-date lows — and by Thursday, the exchange-traded fund’s 50-day moving average crossed below its 200-day counterpart, forming the ominous-sounding “death cross” pattern that’s widely viewed as confirmation that a downtrend is in place,” according to Schaeffer’s.