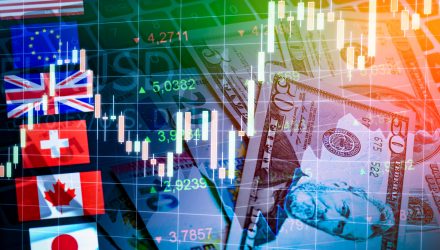 “Actively predicting currency moves is nearly impossible. Hedging some or all of an international portfolio is simple. Our call is for a stronger U.S. dollar with a supportive interest rate regime, this is likely to leave most international portfolios exposed. Not hedging is simply taking a position against the U.S. Dollar,” Luke Oliver, Head of U.S. ETF Capital Markets, said in a research note.

DWS has maintained a belief that the U.S. dollar could strengthen since March. The asset manager based their call on three 25 basis point rate hikes through March 2019 as the U.S. Federal Reserve tightens its monetary policy and weaker data out of foreign markets suggest possible easing or at the very least not tightening.

Foreign central banks that are holding huge amounts of USD-denominated debt and economies relying on exports to the U.S. do not want to see a weak dollar either.

Meanwhile, the widening interest rate differential due to Fed rate hikes may cause some unwinding of dollar shorts and diminish hedging from overseas investors, notably those heavily invested in U.S. debt, which may further support the bullish USD outlook.

A “Perfect Storm” for Currency Hedging

“We feel the widening interest rate differential creates a ‘perfect storm’ for currency hedging. The currency hedges themselves have an implicit implied cost or benefit regardless of moves in the currency, which is commonly referred to as ‘carry,'” Oliver said.