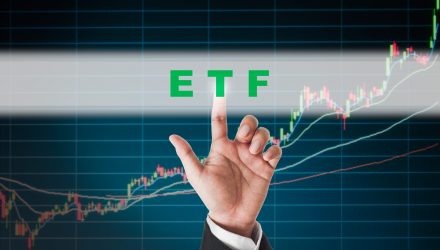 The ETF industry has been engaging in a prolonged fee war that has helped push annual costs on investing in ETFs closer and closer to zero.

In its latest salvo, BlackRock cut prices on 11 of its equity and bond ETFs with a total of $50 billion in assets under management last week, the Financial Times reports. Fees on four stock funds were modestly lowered while some fixed-income ETFs saw expense ratios cut by up to 70%.

The cuts are becoming common occurrences in an increasingly intensified fee war between ETF providers, and providers are also seeing the benefits. Investor money has traditionally flowed to the largest funds as they have the most liquid shares, which in turn has helped operators gain economies of scale that they are able to pass on to customers.

Some ETFs Are Essentially Free

“It’s an ongoing price battle,” Todd Rosenbluth, director of ETF and mutual fund research at CFRA, told the Financial Times. “Some of these products are essentially free today.”

Furthermore, ETF investors have also exhibited an increasing willingness to funnel assets into the cheapest fund options. Over recent years, ETFs from providers like Vanguard and Charles Schwab have seen increasing inflows into some of their cheapest ETF options. State Street’s flagship S&P 500 ETF has also lost ground to Vanguard and BlackRock versions of the same fund.