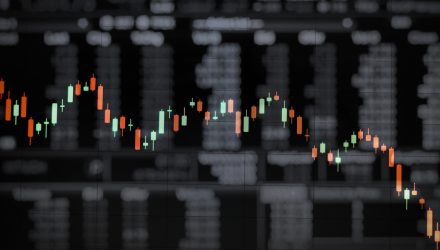 An Institutional Response to the 5 Phases of a Sustained Drawdown

Helios brings institutional-level capabilities to retail advisors and outlines each sustained drawdown phase in detail, along with a quantitative approach to markets based on facts and less on emotions.

On the recent webcast, 5 Phases to Surviving A Sustained Drawdown, Joe Mallen, Chief Investment Officer, Helios Quantitative Research, outlined some similarities that investors could draw from the coronavirus-induced selling from the prior 2008 financial meltdown. Specifically, he highlighted a similar Federal Reserve action, but this time the monetary policy came in much more swiftly in a compact timeframe as Fed officials tried to rapidly pump in more liquidity into the system to counteract the abrupt halt in the economy. However, the current downturn is not like any before.

“The Fed may have learned from the past, but can the economy handle the speed?” Mallen asked.

The swift actions may not be fully digested any time soon. Treasury yields remain flat, whereas yields steadily ticked higher along with the U.S. equity markets in the previous financial crisis as investors shifted over to risk assets and away from safe havens. Additionally, implied volatility currently remains elevated despite the momentum in stock markets, and high-yield spreads remain wide, reflecting the ongoing risk premium for speculative-grade debt over safe-haven Treasuries.

Meanwhile, the leading economic indicators are still falling despite the rebound in equities.

Mallen also highlighted how market watchers and analysts see equities given these current conditions. He underscored the current expensive valuations of the S&P 500, S&P 500 Value, and S&P 500 Growth relative to their historical averages. On the other hand, the MSCI Canada, MSCI Japan, and MSCI Russia were trading at attractive valuations relative to historical data.

Chris Shuba, Founder, Helios Quantitative Research, argued that we are currently standing at a dangerous intersection in the markets today. In the current environment, if we do nothing and go long, investors are relying on a therapy or solution to COVID-19, along with further government stimulus and Federal Reserve action to support the recovery process. On the other hand, investors could de-risk to hedge against additional bumps that could up-end the market rally, such as a prolonged weak economic activity, a second wave of COVID-19 infections, an escalating U.S.-China conflict, ongoing oil price wars and a 2020 presidential election ahead.

Shuba also argued that downturns come in two flavors, a volatility-based downturn like the one we are currently experiencing and an economic-based downturn such as the 2008 financial crisis.

During the preparation phase, a mathematically diversified and integrated ecosystem is deployed. Helios helps bring institutional capabilities to retail advisors. Shuba argued that investors should look beyond diversification of holdings and employ a type of layered response to shield mid- and long-term investment holdings from potential risks.

For the Information Gathering phase, Helios argues that a quantitative asset management process is the best way to keep human emotions in check. A rules-based process for further action helps make investment decisions based on facts instead of gut feelings, focusing on historical relevance and perspective, a framework of prudent options, and a moval of emotional decision making.

As we come to understand economics during a volatility-based downturn or understand the risks in an economic-based downturn, Helios believes that additional activity may be warranted based on facts for the Secondary Response phase. For example, as a way to manage risk, Helios has taken substantial de-risking in portfolios on March 2, with a potential further de-risking on June 1.

Lastly, Helios would reinvest when the math recovers during the Reinvestment/Recapture phase.

“Our goal is to provide actionable analysis,” he added.

Financial advisors who are interested in learning more about risk management strategies can watch the webcast here on demand.