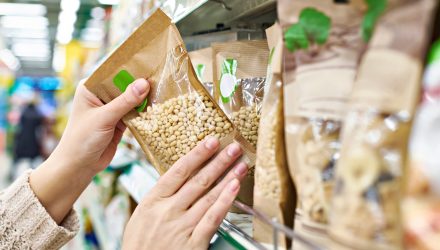 We saw technology become a hot-button topic during the U.S.-China trade war negotiations, but now agriculture has come to the forefront between the two nations. With China pulling out of buying U.S. agricultural products, it puts commodity exchange-traded funds (ETFs) in focus now that American farmers are set to lose one of their biggest customers.

The move is already hurting companies that rely on farming as the focal point of their business models.

“Sales have already been lower this crop year because of the existing tariffs. If we went all the way to no China exports whatsoever, that would of course result in even larger market and price impacts,” said Pat Westhoff, director of the Food and Agricultural Policy Research Institute at the University of Missouri. “Cutting China completely out of the market would be a very big deal.”

The loss is palpable given that China accounted for $5.6 billion in U.S. farm product exports during 2018, according to the U.S. Census. Additionally, the second largest economy is the top purchaser when it comes to soybeans as it purchased roughly 60 percent of U.S. soybean exports last year.

A Commodity ETF to Consider

Gold and Treasury notes are the default safe havens during times of volatility, but other options exist. Alternatives to diversify and counteract volatility can include commodity ETFs like the Aberdeen Standard Bloomberg All Commodity Strategy K-1 Free ETF (NYSEArca: BCI) a prime alternative.

With allocations in precious metals, agriculture and energy, BCI gives investors core exposure to a wide range of commodities.

Additionally, commodities lack correlation to both stocks and bonds–something investors will appreciate moving forward as a volatility protection measure.