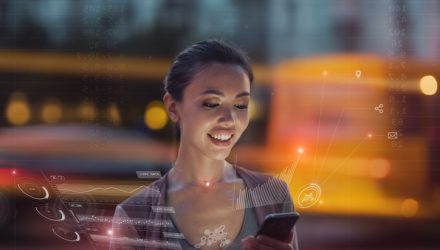 Where the Growth is in Emerging Markets: Alibaba, MercadoLibre & Tencent are Transforming the World

While the trade war between the U.S. and China intensifies and casts a shadow on the global economy, investors should not overlook the potential opportunities developing in emerging markets.

On the upcoming webcast, Where the Growth is in Emerging Markets: Alibaba, MercadoLibre & Tencent are Transforming the World, Kevin Carter, Founder and CEO of EMQQ, will highlight the growing influence of a rising middle-income consumer base in developing countries, their preference for online shopping via digital devices and ways for investors to capitalize on the rapidly expanding e-commerce segment.

“The vast majority of emerging market consumers have never owned a car, have never had a big box retail store to drive to, nor have they owned a computer of any kind, let alone one with an Internet connection. Without this traditional consumption infrastructure in place, Ecommerce companies are enabling emerging market consumers to ‘leapfrog’ this stage of economic development entirely, moving on to the 21st century patterns of consumption now increasingly dominant throughout the developed world,” according to an EMQQ note.

The Emerging Markets Internet & Ecommerce ETF tries to reflect the performance of the EMQQ Index, which includes companies that must derive the majority of their profits from E-commerce or Internet activities and further includes search engines, online retail, social networking, online video, e-payments, online gaming and online travel.

EMQQ primarily focuses on the internet and e-commerce sectors of the developing world, helping investors capitalize on the growth of consumption in emerging markets, which represents a significant growth opportunity as more than a billion people are expected to enter the consumer class in the coming decades.

“EMQQ fits squarely in EM 3.0. The fund seeks to capitalize on the opportunities for more focus in emerging markets funds by investing in stocks in the internet and ecommerce sectors within emerging markets economies,” according to EMQQ.

Financial advisors who are interested in learning more about emerging market growth opportunities can register for the Wednesday, September 18 webcast here.