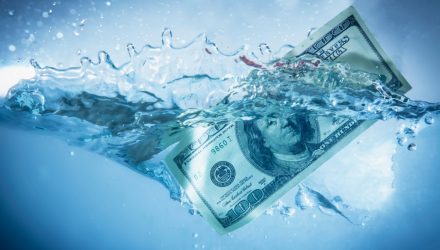 Water Needs, Spending Could Be Fantastic for PHO

A massive infrastructure was passed in bipartisan fashion last year, and the recently enacted Inflation Reduction Act is perhaps the most substantial piece of climate-related legislation in U.S. history. However, some market observers and political pundits argue that neither of those bills do enough to address increasingly problematic water issues in the U.S. Indeed, the global water situation is alarming, but it also brings with it investment implications for various exchange traded funds, including the Invesco Water Resources ETF (PHO).

PHO, which follows the NASDAQ OMX US Water Index, turns 17 years old this month, but the water ETF has arguably never been more relevant than it is today.

PHO, which is arguably one of the original thematic ETFs, has relevancy beyond the near term. In fact, a variety of emerging trends are highlighting the need for better water infrastructure and more spending to that effect.

“Megatrends such as urbanization and climate change only exacerbate these issues. Presently, we are forced to do more with less in a system that fails to account for upwards of 20% of the water that flows through it. The funding gap over the next 10 years is estimated at over $400B in the US alone,” added Cowen.

An interesting element in the PHO equation that often goes overlooked is that this isn’t a large-cap ETF. That’s a sign the ETF is probably best viewed as a long-term investment in order to smooth out some of the bumps associated with exposure to smaller stocks. Mid-cap names account for about half of the PHO portfolio while small-cap fare represents over 22%. There are reasons to believe PHO’s smaller stock profile could work in investors’ favor.

Then there’s the element of government spending, which is an essential part of the water investment thesis. Put simply, it must increase, and the sooner, the better. That could be supportive of long-term upside for PHO.