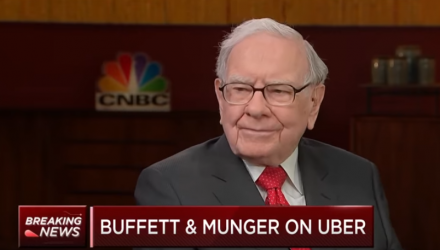 Warren Buffett Won’t Take the Uber IPO for a Ride

Uber is ready to take the plunge into the shareholder scrutiny pool as a public company when it debuts its initial public offering (IPO) with its pricing set for today and its availability to trade on Friday, May 10. However, one investor who won’t take the ridesharing company’s IPO for a ride is market maven and Berkshire Hathaway CEO Warren Buffett.

“The idea of saying the best place in the world I could put my money is something where all the selling incentives are there, commissions are higher, the animal spirits are rising, that that’s going to better than 1,000 other things I could buy where there is no similar enthusiasm … just doesn’t make any sense,” he added. “I’m not saying that what we’re buying is going to work out better, but there have to always be better things than one single issue.”