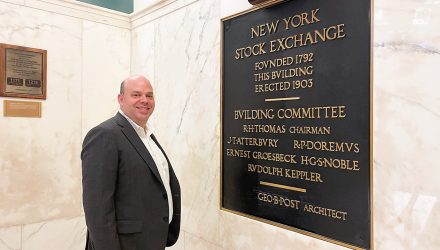 Value Investing Is in the Eye of the Beholder

In 2022, many of the most widely held value investing ETFs have significantly outperformed their growth sibling alternatives. Investors have favored shares of companies with strong current earnings over those that have potential for faster growth in the future but that trade at a premium valuation during this period of rising interest rates. However, some lesser-known and more narrowly constructed value investing ETFs have performed even better and warrant attention.

While VTV, IVE, and IWF are built differently, they all focus on companies trading at relatively low valuations at the time of the annual rebalance compared to the broader market. Mega-cap companies like Berkshire Hathaway, Chevron, JPMorgan Chase, Johnson & Johnson, and Procter & Gamble are among the largest positions in these ETFs as the funds incorporate a market-cap-weighted approach to value investing. They also all hold hundreds of positions, with VTV’s 346 holdings representing the smallest number of the trio of funds.

In contrast, the Invesco S&P 500 Pure Value ETF (RPV) has 121 constituents and represents the deepest value stocks with the S&P 500 Index based on ratios such as book-value-to-price, earnings-to-price, and sales-to-price. The ETF is value-weighted, meaning that companies such as Archer-Daniels-Midland, Cigna, Marathon Petroleum, and Valero Energy are top-10 positions in part because of their relative attractiveness. The ETF is rebalanced annually, so top positions are also impacted based on relative performance.

RPV’s 7.6% year-to-date decline as of October 5 was approximately 550 basis points stronger than IVE’s, despite starting with the same pool of potential candidates. RPV has $3.1 billion in assets, far less than IVE’s $23 billion.

Another relatively strong-performing value ETF that flies even farther under the radar is the US Value ETF (USVT), which has just $14 million in assets despite strong performance. USVT, offered by Lyrical and tracking an in-house index, uses an investment screen to cull the universe of the 1,000 largest U.S. companies down to 200, emphasizing analyst projections for one-year-forward price-to-earnings ratios. On each quarterly rebalance, each stock in the cheapest quintile is equally weighted in the ETF.

Devon Energy (DVN), Murphy Oil, NVR, PG&E, and SM Energy were among the largest recent holdings. USVT’s 6.6% decline in 2022 was less than half that of IWD’s and makes the ETF a strong candidate for consideration.

Lastly, there’s the American Century Focused Large Cap Value ETF (FLV), a $210 million actively managed ETF that seeks large-cap companies selling at a discount to fair value according to management. FLV was down just 7.6%, and at the end of August it had top positions in Allstate, Johnson & Johnson, Medtronic, Unilever, and Verizon Communications. The fund recently held just 52 stocks. However, unlike the other index-based ETFs listed above, positions are subject to change at any time based on management’s discretion. FLV was down just 8.9% this year.

As advisors seek out value strategies in the fourth quarter, we encourage them to look beyond the ETFs with the most assets. There are some interesting under-the-radar ETFs that are performing well this year and are worthy of consideration.