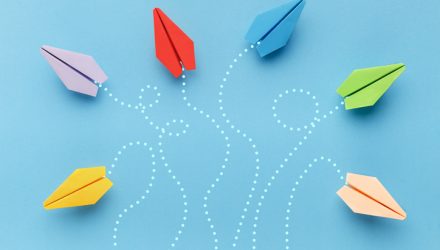 U.S. markets and stock ETFs ended flat after Monday as traders vacillated on the likely outcome in the direction of monetary policy from the Federal Reserve’s meeting later this month.

“It definitely continues to feel that central banks have the market’s back,” R.J. Grant, director of equity trading at KBW, told the WSJ. “It’s more of a positive feedback loop right now.”

The markets originally believed that the Fed could continue to cut interest rates later this month after last week’s weaker-than-expected August jobs report. The expectations of a looser monetary policy helped drive most of the risk-on market gains this year.

Fed to “act as appropriate”

Federal Reserve Chairman Jerome Powell late last week also stated that the central bank would “act as appropriate” to maintain an expanding economy, a phrase that many translated as a sign of additional interest rate cuts.

However, there is no full consensus on how much the Fed could cut rates, which may leave stocks exposed to potential risks if the central bank fails to meet more aggressive expectations.

Further supporting recent market gains, the U.S. and China are moving forward with trade negotiations, with the U.S. Treasury Secretary Steven Mnuchin projecting a positive year ahead for the U.S. economy.

“Investors are hopeful that both sides will get close to agreeing on a cosmetic deal or maybe a truce,” Peter Cardillo, chief market economist at Spartan Capital Securities, told Reuters.