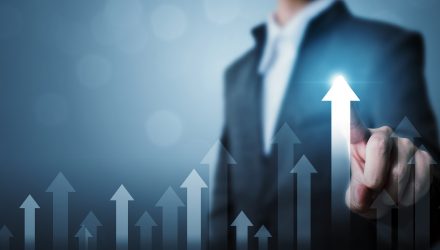 U.S. markets and stock ETFs meandered along on Thursday as optimism over positive earnings results were pared down by weakness from some other areas.

The technology-heavy Nasdaq strengthened from positive updates out of Microsoft and PayPal, but a pullback in 3M shares weighed down the Dow Jones Industrial Average, Reuters reports.

“There are pockets of softness and we’re seeing that,” Larry Adam, chief investment officer at Raymond James & Associates, told the Wall Street Journal, referring to a global manufacturing slowdown that continues to hurt companies like 3M. “But we still have a number of bigger names that have to report still.”

3M shares weakened after the industrial conglomerate missed third-quarter sales estimates and lowered its full-year profit outlook. The results out of 3M also underscored the continued fallout from a prolonged U.S.-China trade dispute as trade barriers have weighed on many businesses. Other companies, like Caterpillar Inc and Texas Instruments Inc, have also attributed weak earnings to tariffs and other global pressures.

“It’s showing us that the tariff situation continues to be a major concern for companies in how to spend their money,” J.J. Kinahan, chief market strategist at TD Ameritrade, told Reuters.

U.S. Vice President Mike Pence on Thursday also highlighted the continued tensions between the two countries after accusing China of curtailing “rights and liberties” in Hong Kong but insisted that the U.S. does not want the country to “de-couple” from its main economic rival.