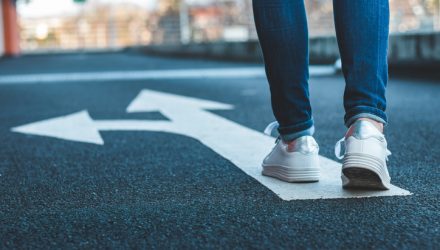 U.S. markets and stock ETFs swayed between gains and losses Wednesday as a new round of uncertainty over trade talks between the United States and China weighed on sentiment.

“After a nice run, we are getting a little bit of pullback,” Mona Mahajan, U.S. investment strategist with Allianz Global Investors, told Reuters. “Part of that run was driven by U.S.-China trade perhaps thawing or starting to see some at least resolution or trade truce, so this headline that just broke is not great for that part of the story.”

The sudden development put a pause to the equity rally after optimism over a “phase one” trade deal between the U.S. and China helped lift stocks to record highs in recent sessions. Nevertheless, market participants remain sensitive to concerns that the high-level negotiations could be derailed.

Observers are also closely looking to see whether Washington will agree to remove previously enacted tariffs on Chinese imports to secure an initial trade deal with Beijing, rather than just softening threats of further levies expected on December 15.

“The euphoria of an imminent trade deal has dissipated,” Mike Loewengart, vice president of investment strategy at E*Trade, told the WSJ. “Expectations should be tempered given the back-and-forth we’ve seen over the past year.”

Additionally, the markets helped pare losses after Federal Reserve Chairman Jerome Powell signaled that the U.S. central bank was still willing to support economic growth if need be. While the Fed chief said monetary policy may not be adjusted after three interest-rate cuts this year, he added that they were open to reevaluating their position if conditions worsened. Powell’s remarks showed a “slightly more dovish tone” than at his most recent press appearances.

“In other words, the pause is not set in stone,” Quincy Krosby, chief market strategist at Prudential Financial, told the WSJ.