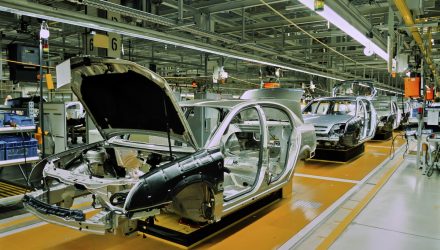 U.S. markets and stock exchange traded funds pared some of its losses earlier in the session but struggled to maintain a solid footing after the Trump administration decided to hold off on broad car tariffs from major trading partners in the European Union and Japan.

The White House said it would push off a decision to impose broad tariffs on cars for 180 days, citing national security concerns, the Wall Street Journal reports.

“The fact that we got this flexibility on auto tariffs is crucial because the market is trying to determine if both sides are taking a hardline approach,” Jeff Sica, chief executive at Circle Squared Alternative Investments, told the WSJ. “Some investors are viewing these concessions as a breaking of the stalemate.”

The Trump administration was also trying to reach a deal with Canada and Mexico that could end tariffs on steel and aluminum imports into the U.S., removing a major hurdle in the three countries’ trade pact.

Meanwhile, stronger U.S. consumer sentiment also helped bolster investment confidence over the health of the economy. According to the University of Michigan, American household sentiment increased to its highest level since 2004 in May on a more optimistic economic outlook.

Nevertheless, uncertainty over trade remains a major overhang on the broader markets. Trade talks between the U.S. and China have stalled after Washington tacked on a 25% tariff on $200 billion in Chinese goods, and Beijing responded in kind with its own tariffs on U.S. goods. The recent tit-for-tat dampened hopes that the trade dispute was nearing a quick end. The renewed trade concerns also further exacerbated anxiety over a potential global slowdown.

“It’s been really challenging as an investor to try and figure out which direction things are headed with the U.S.-China trade conflict,” Timothy Chubb, chief investment officer at Girard, told the WSJ. “There’s a lot of confusion. A lot of investors at this point are sitting on their hands looking to take some profits or rebalance their portfolios, but aren’t making a convicted move in one direction or another.”