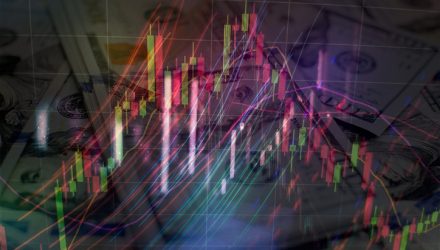 U.S. markets and stock ETFs inched higher toward the end of Thursday as investors waited for further updates on hopes of an initial deal between the United States and China

Trade remained a main factor in market moves this week, with China reassuring that the two sides remain in close communication and are moving toward a phase one deal, the Wall Street Journal reports.

The comments out of Beijing assuaged previous concerns over a breakdown after President Donald Trump suggested that the talks could continue well into next year. Trump later said talks were going “very well.”

Investors have been on edge and closely watched negotiations between the two largest economies in the world as the next round of tariff hikes is scheduled to go into effect on December 15.

“We’re on hold until we see what happens on the trade front,” Chuck Carlson, chief executive officer at Horizon Investment Services, told Reuters. “People are trying to get a read on what’s going to happen with the trade talks and the next relevant deadline is Dec 15.”

Market observers also exhibited little reaction to the developments in Washington as the U.S. House of Representatives prepared articles of impeachment against Trump.

“What impacts investor psychology is uncertainty, and I don’t think there’s any uncertainty as to how (the impeachment proceedings) will play out,” Carlson added.

“At the end of the day, whether there’s impeachment or not isn’t going to stop a money manager from deciding whether or not he’ll buy Intel.”